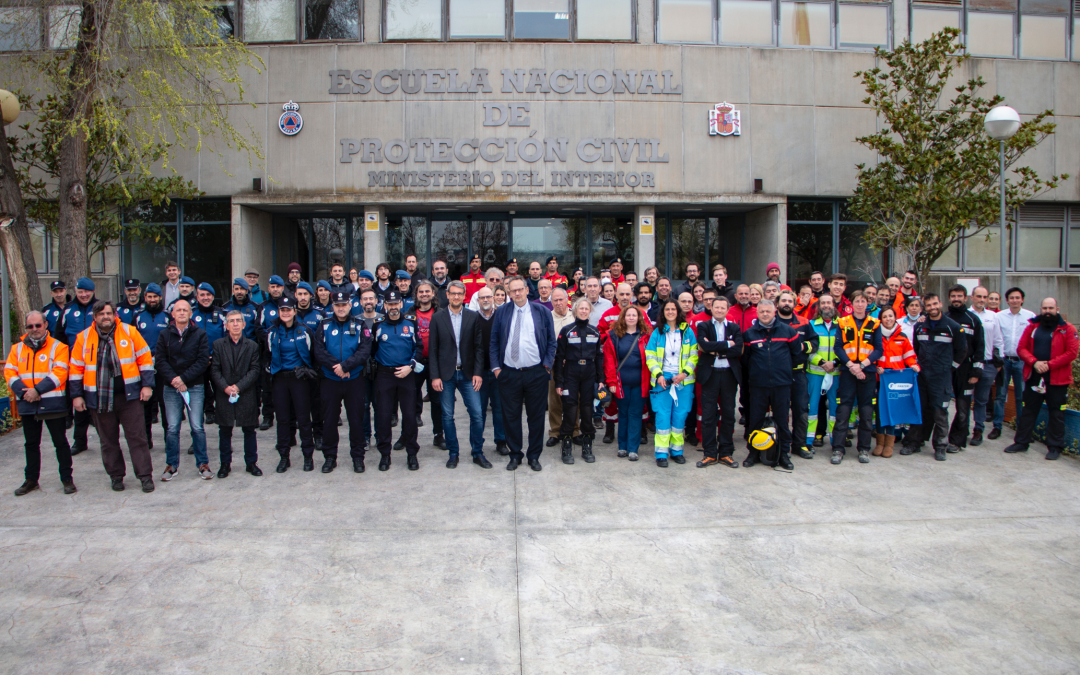 On April 4 and 5, the last pilot and final conference of the FASTER project took place at the National School of Civil Protection. In addition, on April 6, an internal meeting of the consortium was held on the headquarter of the Municipal Police of Madrid.

The pilot in Madrid has counted with a great participation of both first responders and technological partners. The project partners, the Municipal Police of Madrid and first responders teams from ERICAM (Firefighters of the Community of Madrid, SUMMA 112 and the Spanish School of Rescue and Detection with Dogs) participated in the pilot. Also participated, first responders from Greece (HRTA), France (ENSOSP) and firefighters from the Municipality of Grandola in Portugal. On the technical side participated, the spanish partners Robotnik and Drone Hopper, INOV from Portugal, CERTH, UniWa and Synelixix from Greece, LINKS Foundation, ENG and K-People from Malta, Crisis Plan from the Netherlands, CS Group from France and our partners from Finland and Japan.

The consortium had the opportunity to jointly test ten different technologies and received very satisfactory feedback from the end users.

The valoration of the event has been very positive, appearing in different media and getting in contact with different stakeholders. The FASTER project partners thank the National School of Civil Protection for hosting this important event that concludes three years of work.