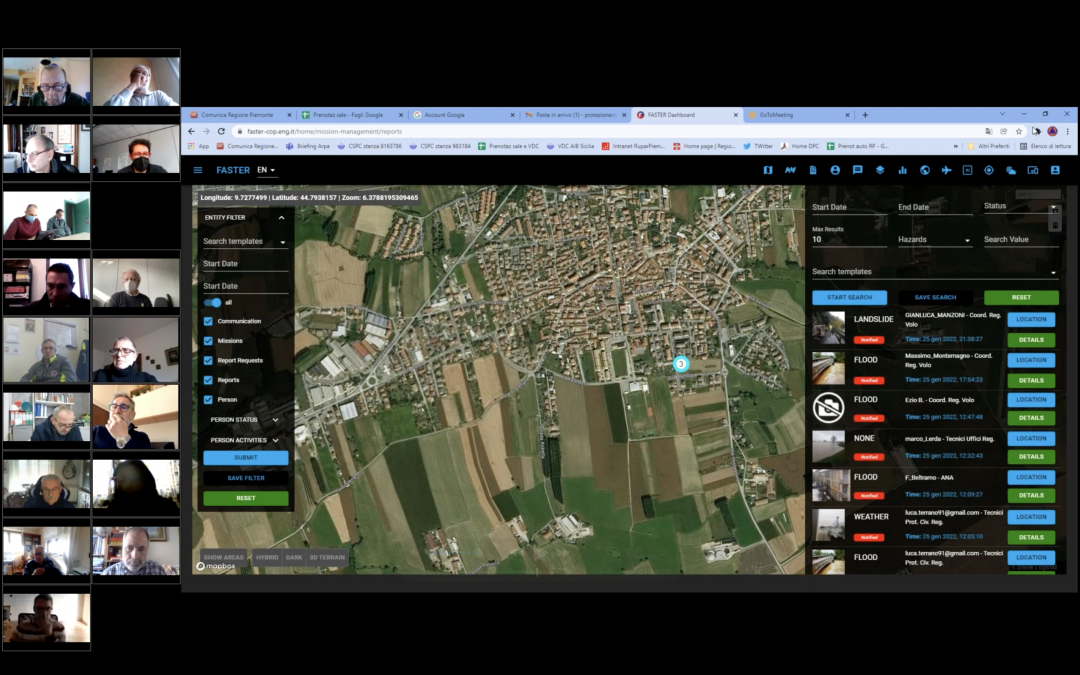 Last January the 27th a stakeholders meeting took place in Turin the day after the field exercise which involved more than 90 agents. In the meeting the project team had the chance to discuss about technologies used in the pilot and even other FASTER outcomes not shown in Turin. The discussion was very fruitful and addressed two main issues.  The first one related to flight of drones during exercised to do the mapping: autonomous flight is forbidden unless with specific authorization so the use of mapping will need to be supported by a change in regulation. The second was related to the chatbot use and improvements in the interface and kind of information provided during operations.

In the further advisory board meeting a discussion was addressed around the realism of exercises compared with other projects and the conclusion was the Turin exercise was very adherent to real scenarios with plenty of agents involved in the exercise improving their capacity in the use of FASTER technologies. The achieved results reinforced the exploitation pathway related to the adoption of chatbot in the Piedmont Region.