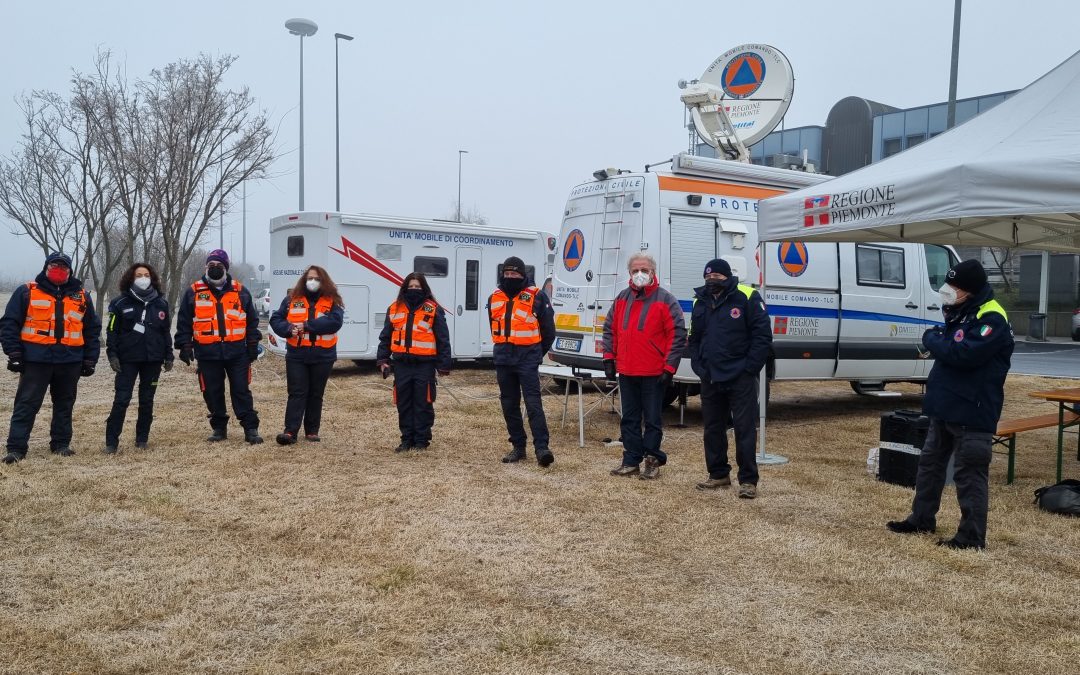 The second Italian Pilot took place on Tuesday 25 January in the operational scenario of the Avigliana (Turin) area, already affected by flood events in the recent past.

The exercise was organized by the Civil Protection of the Piedmont Region, with the aim of testing the innovative technologies and applied research developed in the FASTER framework. Although on a day marked by difficult climatic conditions (intense cold and fog) all the scheduled tests were successfully conducted.

Overall, the Pilot’s activities involved 131 people including rescue workers, volunteers belonging to the Regional Coordination of Volunteers, the National Carabinieri Association and the Red Cross.

Moreover experts from FASTER’s partners CERTH, INOV LINKS and KPRF  were present while Engineering and UNIWA  supported remotely the activities and all other partners attended the operations in videoconference.

During the exercise a massive use of the FASTER “Chatbot” (developed by LINKS) allowed the volunteers, located in 13 different locations of the Piedmont Region, to transmit to the Regional Operational Room real time multimedia documents (images, videos, audio) acquired on site enabling a detailed picture of the current situation.

Moreover, a swarm of 3 drones managed by the “Portable Control Centre for maximizing situational awareness” (a tool developed by Engineering) created a 2D map (using a CERTH application) of the area.

Furthermore, a weather station (developed by INOV) has been used to monitor the meteorological conditions.

Finally, “smart textiles” (developed by UNIWA) have been used to monitor the biometric parameter of the practitioners.

The communication among the software applications used during the test exercise and the internet access were allowed by a MESH network (developed by INOV) ensured in the area.