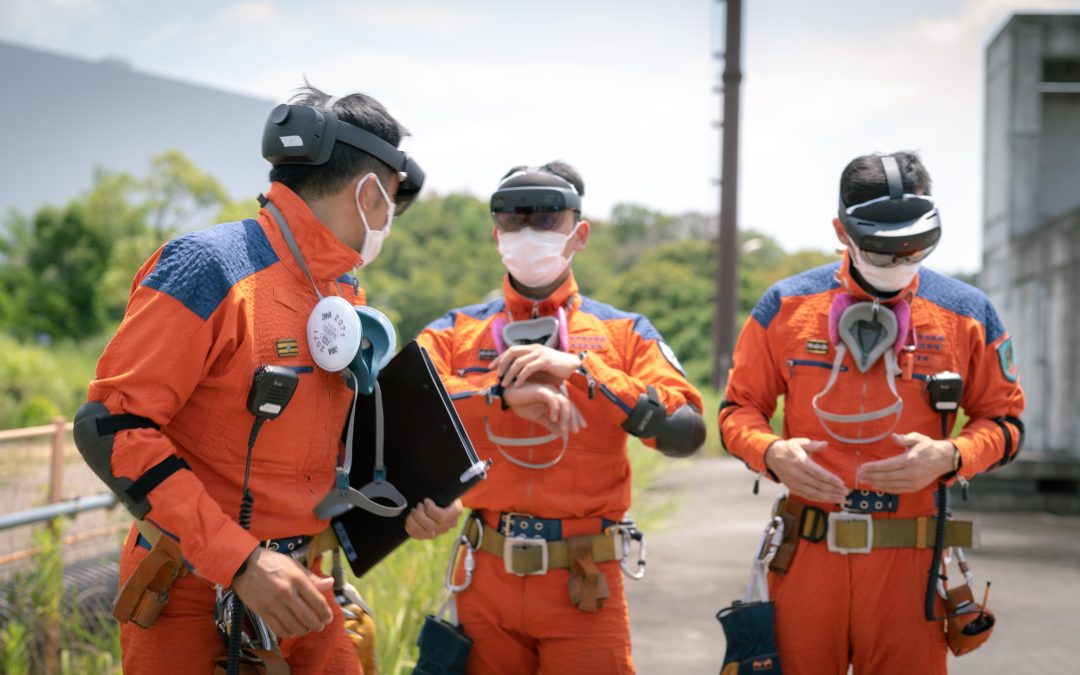 Additionally, a laboratory of Tohoku University participated as a developer of a “Made in Japan” cyber canine suit.

This pilot consisted of three parts simulating a major earthquake and fire. The first part in a debris field simulated victim search with canines wearing a dog wearable suit developed by Tohoku University. Five firefighters demonstrated G-COP[1], 2D Mapping[2], MORSE[3], and AR application[4] for victim search in the debris field in the second part. In the third part, the firefighters demonstrated a victim search in an indoor mock maze using G-COP, 2D Mapping, MORSE, AR application, and drone gesture control. This pilot was the first occasion for FASTER to use MORSE, AR application, and gesture control simultaneously in a pilot.

A local newspaper and a local TV station reported this pilot in a positive sense.

The pilot organizer thanks all the local partners and FASTER member organizations for making this pilot possible.