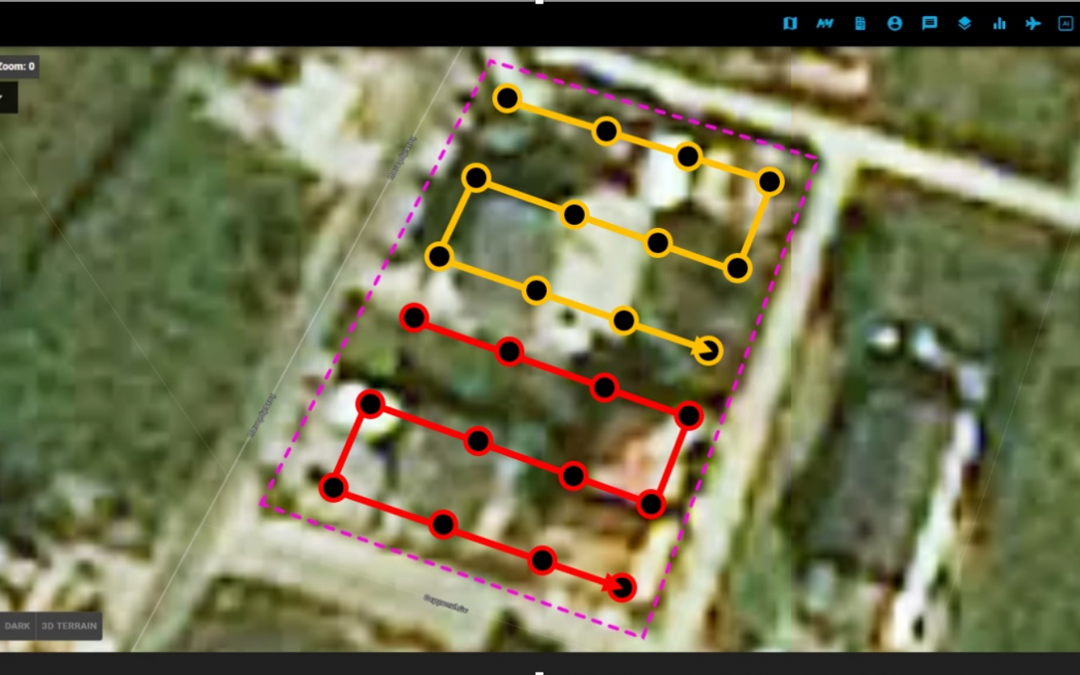 A safe, efficient and effective response to disaster begins with mission planning. The response operation commanders must consider entry and exit routes for personnel and vehicles, static or moving hazards, the presence of civilians in need of assistance and plan the mission accordingly. Maps have always been an invaluable planning tool throughout history, and remain so today. However, even modern maps, enriched by satellite imagery, depict an area as it used to be at the time of the map’s making, rather than the current situation. The two can be drastically different, especially in the aftermath of a disaster situation: routes may be blocked by abandoned vehicles, fallen trees or rubble, buildings may be wholly or partially collapsed, whole areas may be inaccessible due to fire or flooding. Moreover, less drastic but potentially important changes, possibly unrelated to the disaster itself, may have occurred in the time since the last mapping of an area, such as a temporary road closure due to repair works, a new fence, or a new building. In addition, aspects of the area may change during a mission’s course, as blockages are cleared, vehicles moved and hazards progress.

Hence, it is important that a high quality up-to-date map, depicting the current state of affairs, be available to the commanders both in the mission planning stage and during the course of a mission. High-end commercial drones are the ideal tools for such a task, as they are equipped with high-resolution cameras, can fly at a low altitude to perceive much more detail than a satellite could and are easy to deploy on demand. Towards that end, FASTER has developed an easy-to-use drone mapping solution encompassing mapping mission creation, autonomous drone navigation and map generation and display. Users can request the mapping of an area using the FASTER COP (Common Operational Picture), a web-based front-end tool displaying an offline map of the area. Available drones are shown on the COP and tracked in real time. Missions can involve a single drone or a swarm of cooperating drones, which can allow the timely mapping of larger areas. The drones selected for the mission take off autonomously and execute complementary flight paths, scanning the area of interest and taking photos at selected waypoints.

The photos are automatically forwarded to a map generation module, which joins them into a single geometrically correct map, displayed on the COP. Users can opt to create a 2D map similar to a top-down view, a rotatable 3D reconstruction, or, if the employed drones are equipped with infrared cameras, a thermal map useful for mapping at night, detecting people in shadows and identifying sources of intense heat.

FASTER’s mapping tool was designed to require minimal human intervention: users need only turn the drones on, run the FASTER app on the smartphones connected to the drones and use the COP to request a mapping mission.

It has been tested successfully multiple times, including during the FASTER local Greek pilot on October 2, 2020 and the Portugal pilot on May 26, 2021, as well as in the Spain and Italy international pilots on November 17, 2020 and January 27, 2021, respectively. In addition, it has been used in less formal occasions, like the mapping of areas affected by blazes in the area around Thessaloniki, Greece on June 4-5, 2021. It has received very positive feedback on all occasions, and remains a popular tool with first responders, due to its easy deployment and user-friendly interface.

Tweet0Share0LinkedIn0Email0
Share this ArticleLike this article? Email it to a friend!
Email sent!