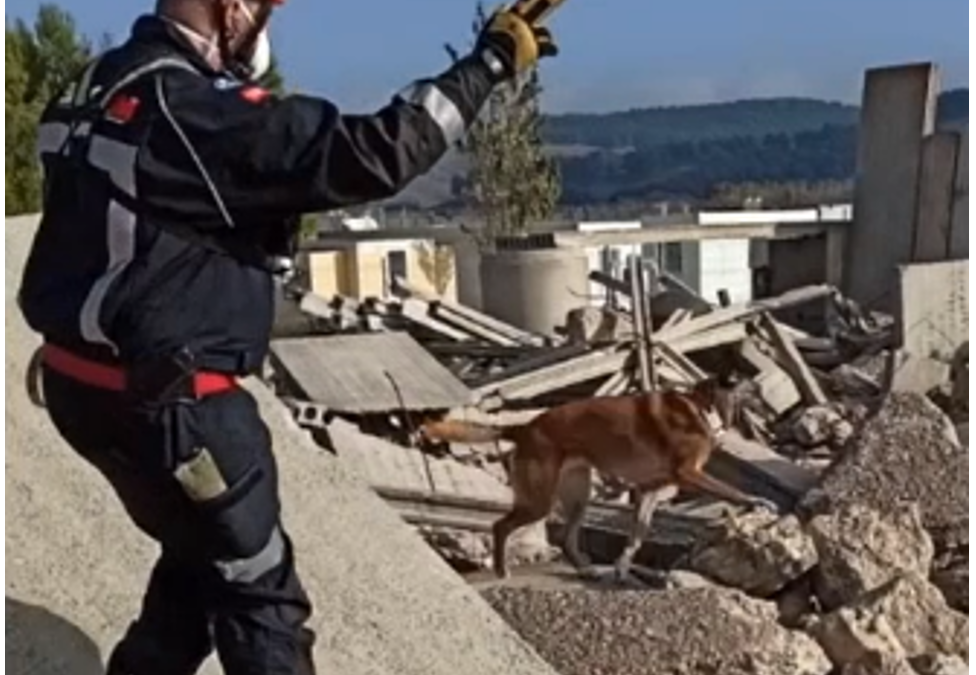 First Responders (FRs) rely on specially trained animals (e.g., K9 dogs) as the first line of handling various emergency situations. A novel wearable device for animals (e.g., K9s) is implemented in the context of FASTER. This wearable that is in the form of a harness, featuring sensors (i.e., 3-axis accelerometer and gyroscope), is able not only to capture and transmit in real time motion signals and situational status of the animal but also includes a true innovative feature that is the ability of translating the captured animal behaviour into specific messages that can be transmitted to their handler’s smartphone. Moreover, this robust tool not only offers great synergy opportunities, from being able to combine with other FASTER tools, but, also, it allows for the simultaneous tracking of the animals in the area by broadcasting their location.

Another tool in this context, that can be combined with the animal wearable is the Smart Textiles Framework (STF) which comprises of a belt with integrated sensors that monitors the FR’s biosignals (such as heartrate or breath frequency), an environmental module (integrated with sensors to measure temperature, CO and humidity) and a smartphone application. The two modules collect and transmit data to the FR’s smartphone, running the specially designed application which collects and displays the condition of the FR’s health (both biosignals and environmental conditions) using a friendly user interface, while it monitors for alerts that are propagated both locally, to the other FRs in the area, and through the FASTER cloud architecture.

In the context of the project, the animal wearable was tested during the Madrid pilot with an earthquake scenario, while STF were tested in outdoor operation during the Greek Integration Test and the Italian pilot. In Greece, STF was tested by an HRTA team member that went for a short but strenuous walk, including periods of jogging and climbing, while UniWA’s researchers monitored his vital signs remotely. In Italy, the biometrics of the FR were monitored during operation in the filed of action in a scenario related to flooding.

Additionally, STF was tested in indoor operation in the context of the Finnish pilot. For the selected scenario of a case of an explosion, it was combined with the Mission Management Tool (MMT), Common Operational Picture (COP) and MORSE tool, offering the first responders and team leader the ability to communicate and exchange data in the field, send orders and call for the need to evacuate wounded persons.