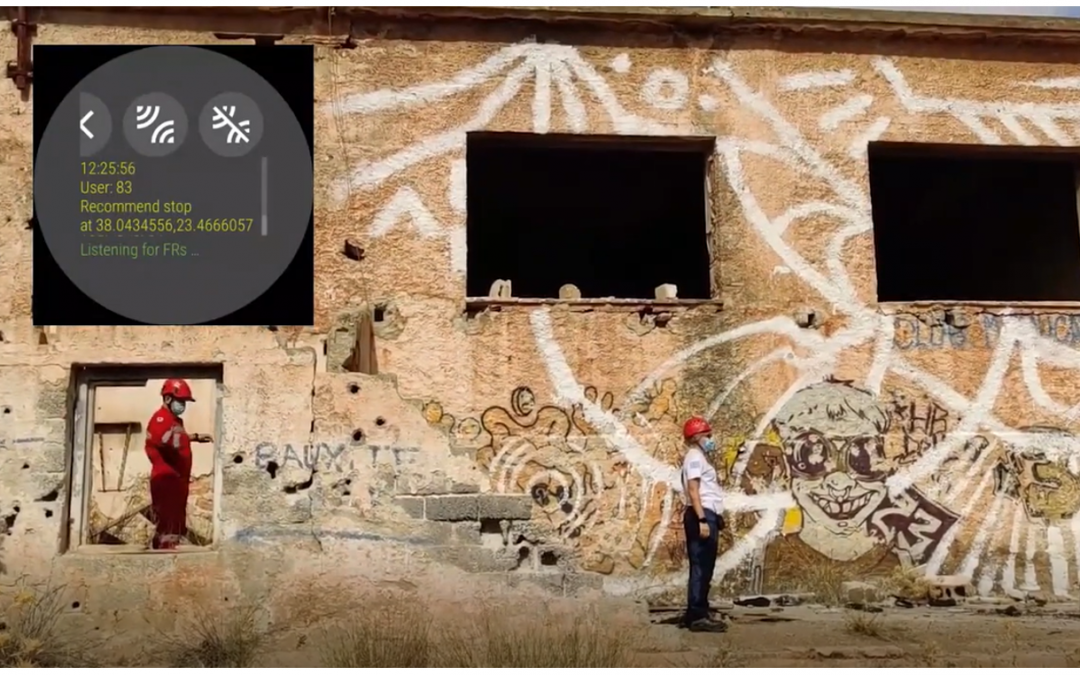 In the course of a mission, FRs may find themselves unable to communicate visually or verbally, due to excessive noise, smoke, obstacles or injury. MORSE (MOvement Recognition for firSt rEsponders) system, which is implemented by University of West Attica (UNIWA), uses wearables (smart watches) to capture specific gestures, translate them into predefined messages, and transmit them to a wearable device, which vibrates in a pattern unique to each message. A small set of hand gestures is used, selected to be unlikely to trigger involuntarily. MORSE allows the FR to perform one of the predefined moves to indicate a specific event which is, then, propagated both locally (using IoT protocols like BLE) and to the FASTER cloud architecture to be displayed at the Portable Control of Operation  (PCOP).

In the context of the project, MORSE was tested during the first pilot series:

At the first test, two trained volunteers from the Hellenic Rescue Team Attica (HRTA) participated in order to demonstrate its use and gestures.

Two scenarios were tested, one with the two volunteers standing with their backs to each other and rehearsed exchanging messages using MORSE gestures and one with them being separated from a wall so that visual contact was prevented.

Additionally, at the Finnish pilot, MORSE was used by FRs, in combination with other tools of the project, to assess the situation. The FRs used MORSE to confirm a fire outbreak in a room of the building to the team leader and call for its evacuation. Although the FRs were out of each other’s line-of-sight, MORSE managed to communicate the message using the set of predetermined gestures recognized by smartwatches.

The valuable feedback received from these tests, will be used to fine tune the operation of MORSE, succeeding in providing an excellent tool to FRs by the end of the project.