The flood event is based on a real incident that occurred in November, 2016 in the Municipality of Moncalieri, located south of Torino in Italy’s Piedmont Region.

Size of the affected area: 8 km*2 in the southern part of the Municipality of Moncalieri

The Population of Moncalieri is more than 55.000 inhabitants. The affected population, mainly concentrated in the southern neighborhood (Tetti Piatti, Borgata Tagliaferro, Santa Maria and Borgo Mercato), is approximately 5,000 people.

About 500 homes are in the hardest hit area, and water is seeping into the ground floors of the homes.

Responders, traveling by boat, patrol the area looking for people who need help.

Forty people are transferred with the help of fire fighters, sanitarian rescues put into operation by Red Cross and logistic volunteers. 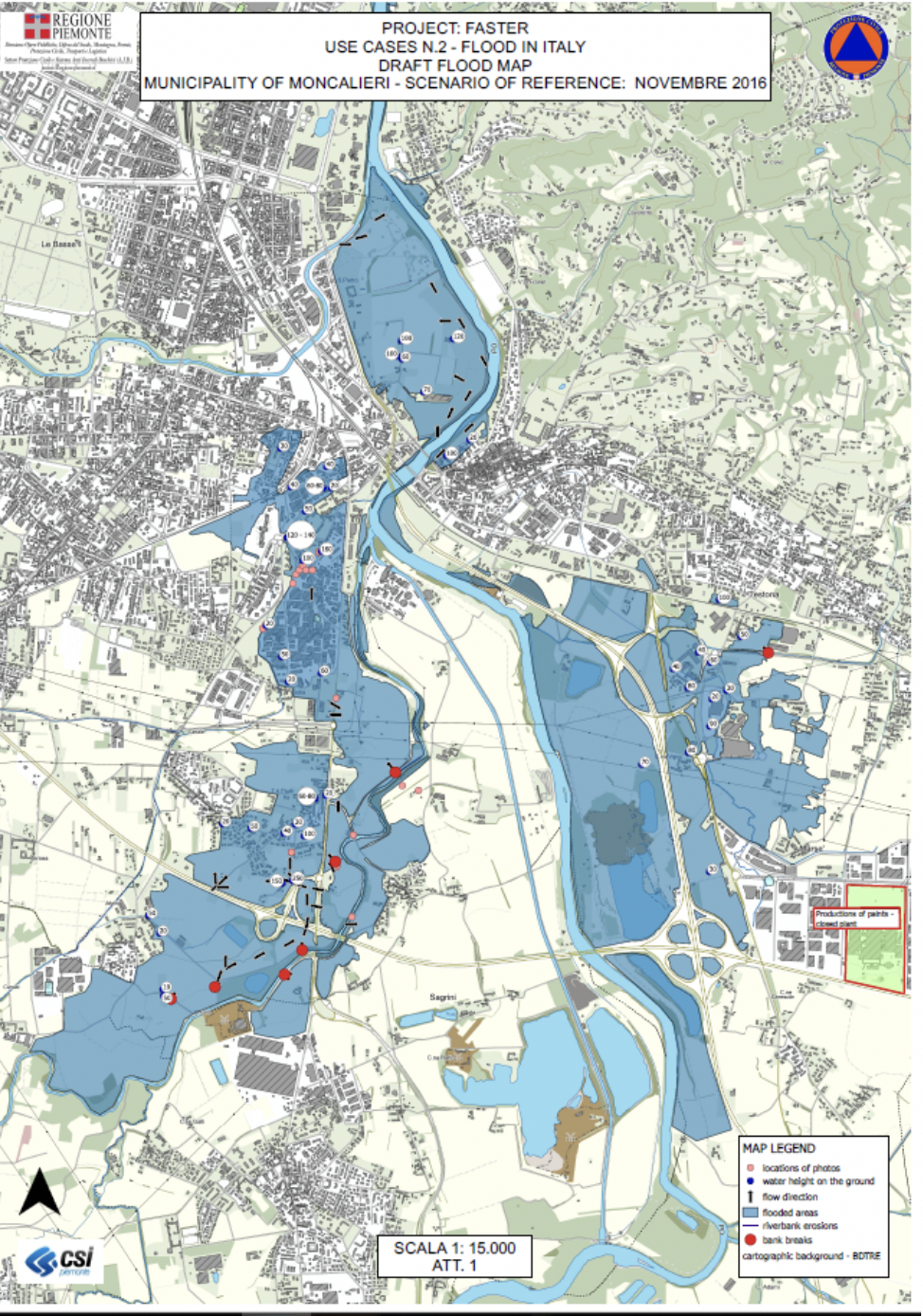 The Italian pilot site is at the Command Center in Moncalieri (Turin, IT)