This is why we launched the FASTER Role Play Game !

Due to the COVID19 restrictions, the first RPG was played on line and representatives from Finnish First Responders took the roles of the practitioners involved in the operations (Chief of Operation, Engineer/Rover pilot, Communications Expert, Police Squad Commander, Firefighter Squad Leader, Medic Squad Leader, K-9 Unit Commander) having at their disposal the equipment that FASTER is developing.

The scenario of the first RPG was a terrorist attack inside a school building in Kajaani (Finland). 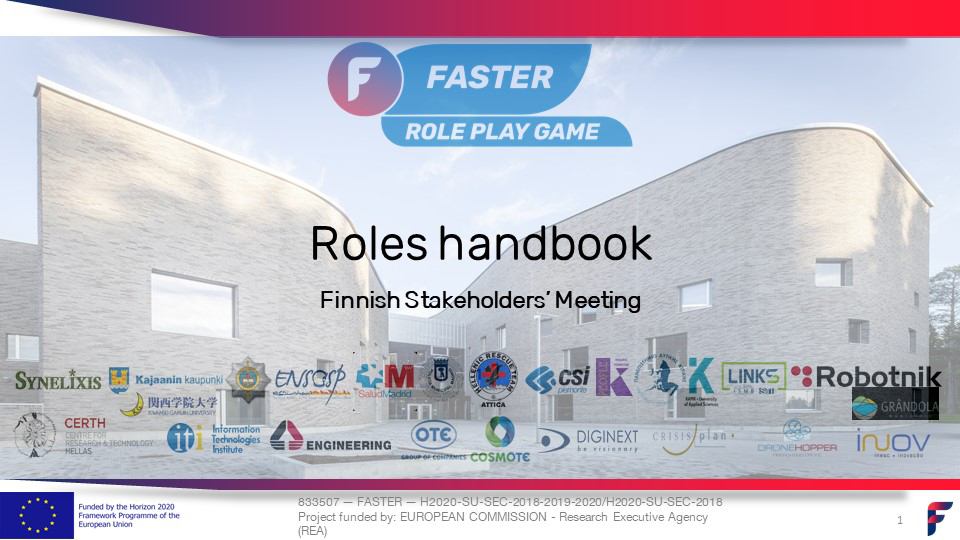 After more than one hour the mission was successfully completed: the two terrorists have been arrested, only 2 of the twenty members of the team were injured, all 50 civilian involved were evacuated and none died !

Until the end of September there will be 5 more RPG involving First Responders from different Countries.